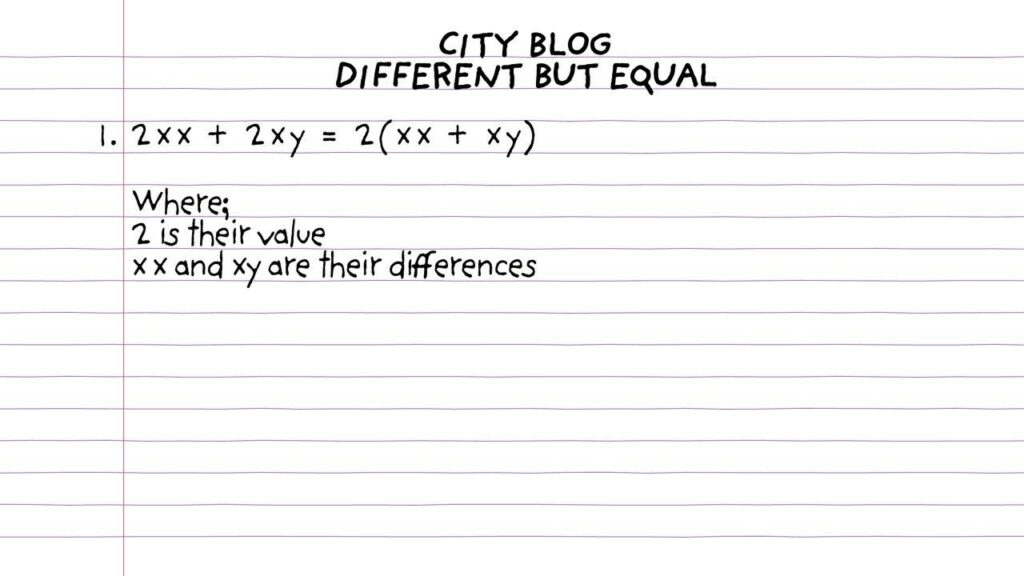 I’m not quite sure how to start this article; not because I’m bursting at the seams with ideas, but because the very mention of the word integral to this post often triggers an eye roll / dismissive won tun ti bere* sigh or frothing mouths / shaking of angry fists. So, being a considerate host, I will delay as much as I humanly can, to save you from your own knee-jerk reactions. (How magnanimous, right? Thank me by memorizing the Nicene Creed or sharing this post – ideally both!)

Another disclaimer: I wade into this with great trepidation. Quite frankly, I don’t feel I can authoritatively speak on this topic and its broader implications. I’m still figuring things out, but I can share with you how far I’ve gotten.

Difference often leads to comparison; as it is important to know the superior product. In the words of a critical Nigerian figure – who no like betta thing? In fact, comparison is the prudent thing to do, especially when these items are interchangeable. However, when items serve distinct and separate purposes, comparison to determine superiority is an exercise in futility. As these items are not interchangeable, they ought to be valued on their own merit. God created two distinctively different sexes (male and female), they ought not to be compared to determine superiority because they are not interchangeable. They are uniquely designed with equal value ascribed to them.

I think Patriarchy (ding ding ding) thrives because in the back of our minds we think variation in sex is an unnecessary superfluous move by God. We see one sex as a cheap imitation of the other. We think God, in his infinite wisdom, created Eve because Adam had a spare rib he wasn’t using. Because we choose to see women as sub-par men and not – actually – women, this creates the illusion that there is fight for indispensability and relevancy (both of which are proxies for power). We live in constant fear of being ousted; so, societies are engineered to uphold and perpetuate systematic, institutionalised and pervasive gender oppression.

Men and women are similar in the sense that we are both human beings and whilst this similarity exists it ought not to be mistaken for sameness.

Segue: I use the pronoun – we – intentionally; the insidious nature of patriarchy is a collective effort from both sexes, implicit and otherwise.

As Christians, we need to see women, not as ‘weaker men’*, but as women – distinctively made in the image and likeness of God. See Imago Dei in us and treat us with the intrinsic God-ordained value afforded us. Recognise our personhood!

*Yes, women are generally physically weaker than men, but we aren’t weaker men. There are also different modes in which strength can be displayed but I digress.

This may appear condescending, but it bears repeating: women are human beings with active likes, dislikes, desires, passions, hopes and dreams distinct from our familial, societal and/or communal ties. This is really an appeal to see us, as we were created, in our entirety. Women are not a means to an end.

It should break any Christian’s heart to see women suffer injustice (just for being women (amongst other things)) and further still when you are found to be the perpetrator. As a family, who should have all things in common, we ought to hold ourselves accountable; display contrition and humility in correction, and actively seek out ways to end patriarchy (yes, within the church too). Like James said (James 2:14-16) and Nehemiah did (Neh. 4) we are to work (read: fight) and pray!

As Christians, our desire for justice ought to transcend the preservation of culture, wealth or status quo. Isaiah 1:17 implores us to learn to do good; seek justice and correct oppression. Any system that doesn’t encourage the mutual flourishing of both sexes seeks to make a mockery of God’s design.

*Imago Dei – (Image of God) a theological term, applied uniquely to humans, which denotes the symbolic relation between God and humanity; it asserts that human beings are created in the image and likeness of God.