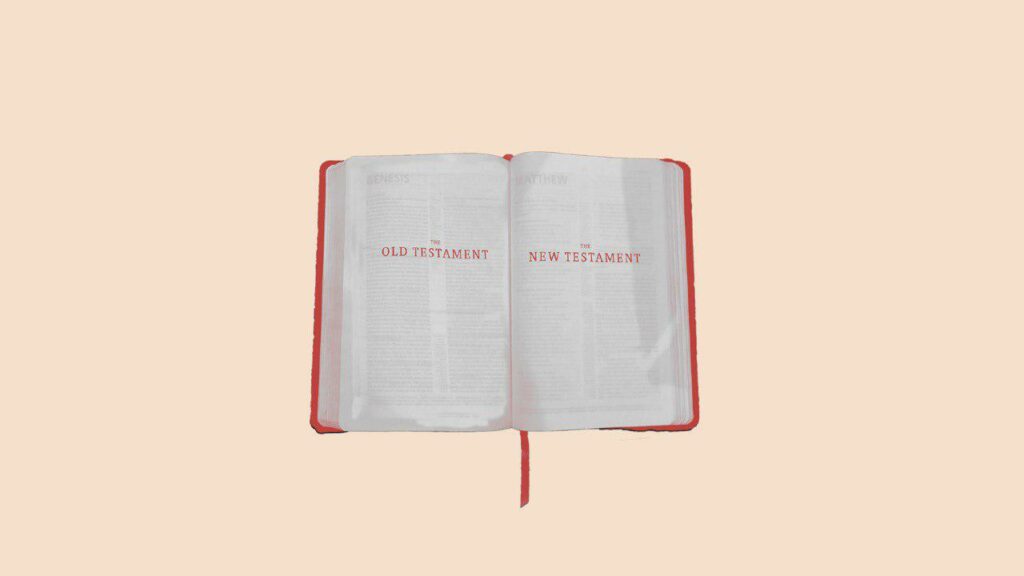 I have been a Christian for some time, and I have spent even more time around Christians. Most Christians I know root their entire belief on the grounds of the bible –the sixty-six books of the (thirty-nine book) Old Testament and (twenty-seven book) New Testament. And yet, most of the time, the bible is a bit of an enigma to us. “It’s so BIG! I don’t even know where to begin” or “I stopped reading it when I got to the very boring book of Leviticus” are some of the common sentiments expressed by even long-term Christians.

An even more often held conundrum among Christians is “how does one square the terrible events and actions in the Old Testament (OT) with the more sanguine mood of the New Testament (NT)”. What lies underneath this all, is a question many Christians think but very few are willing to voice out: why does the God of the NT who shows up in Jesus Christ seem much more loving and approachable than the angry, vengeful God of the OT? Some in our churches today have attempted to answer this question by saying that we must always choose Jesus as God’s ultimate revelation even when that means correcting views and actions about God which have been attributed to him in the OT.

According to such thinking if God, in the OT, commanded that the Amalekites be destroyed, we must ask if that’s a thing Jesus –who said we should love our enemies –would say? If we don’t think so, then we must say that the deity this action was being attributed to in the OT was not the true God. Or, if Shadrach, Meshach and Abednego believe that, while God is able to deliver them from Nebuchadnezzar’s fiery furnace, he may not do so, we must ask ourselves if that’s a good representation of Jesus –who says he will never leave nor forsake us? If not, then their theology and representation of God must also be corrected. In other words, contrary to what most Christians have always believed, we are allowed to pit the OT against the NT. We’re allowed to contemplate 39 vs 27 –where 27 always comes out on top!

But, let’s pump the breaks. Let’s slow down.

This is not the only option we have given to us.

A Consistent Picture of God

The bible is God’s disclosure of himself. It represents a gracious medium through which finite creatures can access the infinite creator. The more he discloses of himself, the more we know what he is like. Furthermore, what we have in the bible is God revealing himself to his image bearers through the OT and the NT about his plan for the world he has created. And some of the things he says in both are consistent: he is One (Deuteronomy 6:4, 1 Corinthians 8:4-5), he is Creator (Genesis 1:1, John 1:1-3), he is a Redeemer (Isaiah 48:17, Luke 1:68), he is holy (Leviticus 19:1, 1 Peter 1:16), he is righteous (Jeremiah 23:6, Romans 1:17).

The Harmony of the Testaments

One more thing to add about the consistency of God is the covenants he used to bind himself to his people. Contrary to what many think, when you move from the Old Covenant (OC) to the New Covenant (NC), you’re not moving from one of law keeping to earn salvation, to one of grace for salvation. Guess what? No one in the OC was saved by keeping laws, neither is the NC void of rules. The OC is a gracious covenant while the NC contains a lot of regulations!

In other words, though clearly different covenants they have the same structure. They both represent a gracious God, delivering his people by grace and then requiring that they submit to the stipulations of his covenant with them. Remember, the children of Israel were saved by grace from Egypt before they were given the Ten Commandments, in the same way that a Christian is saved by grace through faith in Christ unto good works (Ephesians 2). This is why in John 1:16, the apostle describes the gracious NC as necessarily replacing the previous gracious covenant i.e. the OC.

So, what’s the difference if the structures are the same? It’s about progression, not correction! When you move from the OT to NT what you’re witnessing is the progressive revelation of God. He is not correcting things in the past, he is fulfilling them in his continuous disclosure of himself. When the NT declares we no longer have to sacrifice animals to appease God’s wrath, it isn’t saying those who were previously sacrificing animals were wrong. It is saying the OT showed us that we have a holy God who takes sin very seriously. It shows us that sin must be paid for. All these were revealed in the OT. Nonetheless, we also see in the OT that those animals’ blood weren’t really dealing with the issue of sin (let alone the changing of the heart to prevent us from sinning) by virtue of their being repeated day after day, month after month, year after year. Actually, the inadequacy of these sacrifices –revealed to us in the OT! –points us to a fulfilling sacrifice that should deal with sin once and for all. The NT then proceeds to disclose to us where that sacrifice is: the cross of Christ.

It is in this way that Christ, through what we see in the NT is the supreme revelation of God. But we cannot fully understand him, what he came to do, without the background of the OT that points, in diverse ways, to his coming. He fulfills the OT promises, events, laws, institutions, distinct persons, etc. But without the OT, we cannot fully understand the significance of Christ. In the Christ revealed in the NT, we are witnessing a progression of revelation and not a correction of it. He came, not to abolish the law, but to fulfil it! (Romans 3:19-20, Galatians 3-4, Hebrews 8-9).